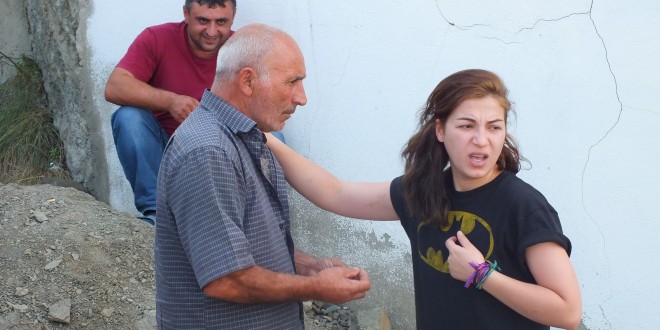 It’s now over four months since I left the UK and I’ve spent the last five weeks of that time stuck, without money, in Georgia’s capital city, Tbilisi.

Thankfully though, it’s probably the best place in the world I could have gotten stuck.

Once I arrived I realised I had lost my bank card, my only bank card. I’m not 100% sure how I lost it but I’m more than a little sure that I left it in an ATM and walked off three days before. But I had enough money to last me a week or so, and I had the Travel House. 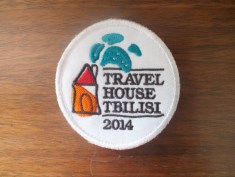 The Travel House is a project run by some guys and girls originally from Serbia. Every summer they find an apartment somewhere and open it to travellers. You can stay for up to four nights for free, though donations are appreciated. I explained my situation and was allowed to stay there for a while longer, in fact I stayed there until it closed ten days later. In return I occasionally needed to get dirty with the cleaning and play policeman from time to time. It was no problem for me and I enjoyed almost two weeks of determined laziness in the house. After three months of cycling it was near heavenly to have a roof, no problems finding food or water or shelter, and no daily distance to cover.

It was also nice to meet fellow travellers, something I’d not experienced much since leaving London. Their stories about far-flung but perfectly cycleable countries have once again caused my plans to change. Places that seemed impossible to include when I made my plans now seem not only achievable, but unmissable. South America is calling.

But all good things come to an end. For me that meant the Travel House closed, and I ran out of money. We cleared and cleaned the house, I claimed a new t-shirt and a nice micro-fibre towel (now lost (that’s 4!)) and Dora and I set out to find a new place to call home until my still-missing bank card arrived. I headed for the trees, and there I found the Guerrillas!

I had heard about Vake Park as a few of the people from the Travel House had spent the odd night there. There is a small camp in the public park, protesting against the building of a seven-story hotel. With no money I had no option but to find the camp. I didn’t know what to expect but in the end what I discovered were some of the nicest and kindest people in Georgia.

These guys are the green heroes of Tbilisi. Children, teenagers, students and adults who gather at the camp most evenings. Most live in Tbilisi and don’t stay on the camp at night any more, but at the beginning they were camping in shifts with temperatures as low as -17*C in order to protect their park. Nearby the camp is a corrugated metal fence, now covered in posters, cartoons and graffiti. And on the other side of the fence is a very big hole in the ground. It’s here that the government has decided to approve the building of a hotel big enough and ugly enough to turn the whole park into little more than a large front garden. But since December 2013 the Guerrilla Gardeners have been fighting this ‘development’, setting up roadblocks, obstructing vehicles and occasionally clashing with the police. They’ve now taken their fight to court and things have been quieter at the camp since the case began, but it can change at any time.

The Guerrilla Gardeners are taking advantage of the time they have while the court decides the fate of the park. When I arrived plans were being formed about building a cinema in the hole where they had already planted trees and vegetable plants. I had a few ideas and soon was fully involved in the project, collecting donated wooden pallets, digging trenches to make chairs and hanging a large projector screen. I was even interviewed and made my first TV appearance. The first screening was announced before building started, but we managed to get almost everything done in time. Keeping with the theme of environmental protection, the grand opening screening was of short environmental movies and a sustainable farming documentary. It wasn’t really my thing but over the next week we also watched every Lord of the Rings movie (extended versions), which might sound worse to some but as I had never seen them I quite enjoyed them.

Living on a camp, in a park, in a city, with no money, was also a new experience for me. My budget is small, but I was always able to feed myself on my trip. When I arrived at the camp I was down to my last few Lari and within a day or two I had nothing. I was worried at first, it’s not nice wondering when and how you’re going to be able to find food. The Guerrillas were great and often brought food to the park in the evenings, but I didn’t want to rely on their generosity all the time. I had to adapt, and luckily for me I had a few excellent teachers.

The residents of the Vake Park camp are ever changing as travellers come and go but there were a few who had been calling the camp home for months on end and they also live without money. One            of two brothers from Iraq taught me how to find food on the floor in the market and we ended up going home with bags and bags of almost-spoiled vegetables that would last almost a week, and made great stews. A Dutch girl thought me a few things and made me realise that sitting outside a fast food restaurant not only ensures reasonable WiFi, but also the chance of an abandoned burger or even half a slice of cake. Food was even found in and around bins, you just needed to check as you walked by the big ones along the street. I decided that I didn’t want to ask for money, but I would accept food if it was offered. 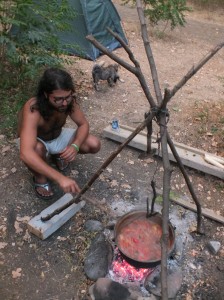 They taught me a lot that I will use for the rest of this trip and beyond. Next time I go to the market I won’t be looking at the stalls, but at the floor. But the camp also had a few troubles. Alcoholics and drunk people often came to the camp, seeking a place to drink or on a few occasions, looking to steal and assault us at night. One guy stole a camera, iPhone and passport in one night, before climbing into a tent and harassing a girl sleeping there. While this was an extreme case, similar things were happening on an almost weekly basis. 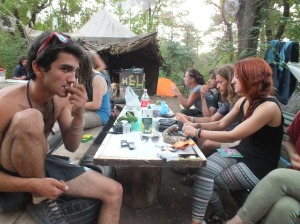 Eventually my time at Vake Park came to an end. I still haven’t got my card but it’s on it’s way to India and I’ll get it there. Until then I have a new Georgian bank account (opened thanks to a very generous donation from one of the Tbilisi Guerrillas, thank you) and even a little compensation from my UK bank for the inconvenience caused. I used the money to by a plane ticket to Nepal.

“Wait! Did he just say plane ticket! I thought he was cycling around the world!”

Ahh, you caught me. But that’s right. After 5 weeks in Georgia I had a few reasons for taking a flight and missing Central Asia (Azerbaijan, Kazakstan, Uzbekistan, Tajikistan and Kyrgyzstan). Firstly I was now five weeks behind The Brits who I was planning to join in Tbilisi. They left the day I arrived and realised I’d lost my card. Their reports about the countries weren’t very appealing and all of them had to give up on the bike and hitch-hike with it at some points. The thought of crossing over 500km of hot, barren desert in Kazakstan just to reach hundreds more in Uzbekistan, solo and unsupported, didn’t appeal, and the weather window was closing fast. And so now I’m in an Internet cafe in Nepal, preparing for a 20-day trek around the Annapurna Mountain Range, but more on that later. 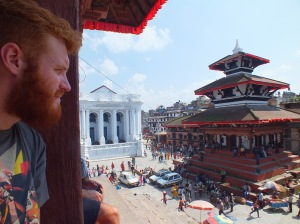 Thank you to everyone at Vake Park. For more info about the Guerrilla Gardeners check out http://www.fb.com/tbilisitrees or better yet, go and visit. As for Georgia, I think I will be back. The Guerrillas and Vake Park Residents are funny, friendly and hugely supportive, and they turned what could have been a truly miserable obstacle in my trip into a great, if unexpected, few weeks.